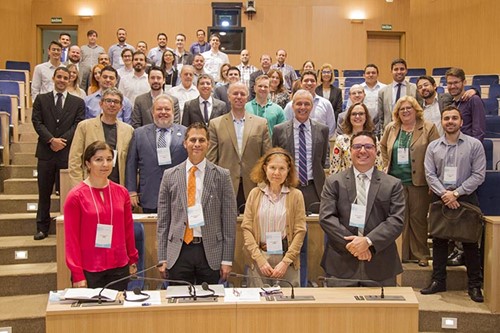 The Hospital de Amor held the first edition of its "International Congress of Pediatric Radiotherapy". The event, hosted by IRCAD Latin America on April 28 and supported by the Pediatric Radiation Oncology Society (PROS) - the largest organization in the world in this area - was marked by the presence of big names in the national scene and internationally, such as: President of PROS and medical radio-oncologist at Dana Farber Institute and Harvard University (Boston - USA), Dr. Karen Marcus; the Secretary General of PROS and also a medical radio-oncologist at Emory University (Atlanta, USA), Dr. Natia Esiashvili; and the radio-oncologist at the University of Florida (Jacksonville - USA) and specialist in lymphomas, Dr. Bradford Hoppe. "The congress was a great milestone for pediatric radio-oncology in Brazil, being the largest event in the area already held in the country. We believe that this event was an opportunity to strengthen the ties of Brazilian radio-oncologists with PROS, because the people who gain from this exchange of information and learning is the population", commented the medical coordinator of the radiotherapy department of Hospital de Amor and one of the organizers of the event, Dr. Daniel Grossi Marconi. In addition to international participation, professionals from important Brazilian pediatric cancer hospitals were also present, among them: the GRAAC Hospital, the Boldrini Children's Center (Campinas – São Paulo), the “Liga Cearense de Combate ao Câncer”, the University of São Paulo - USP, the Israelita Albert Einstein Hospital, the Sirio Libanês Hospital, the Brazilian National Cancer Institute (INCA), among others. Representatives of the Brazilian Society of Radiotherapy also attended the event and discussed ways to improve pediatric radio-oncology in its various aspects: from the training of residents to acting in clinical practice. Besides the important professional interaction, the event was also a pioneer in the country in the use of a specific international software for technical training in radio-oncology, the so-called EduCase. "This software is used in the major radio-oncology events in the world and allows an active interaction between the participants and also a technical evaluation done by experts from different areas," added Marconi.